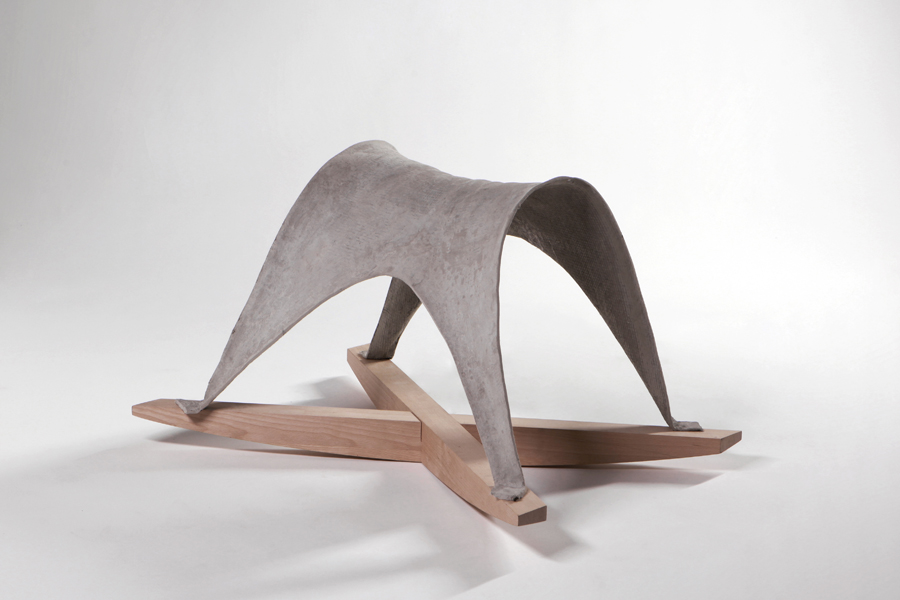 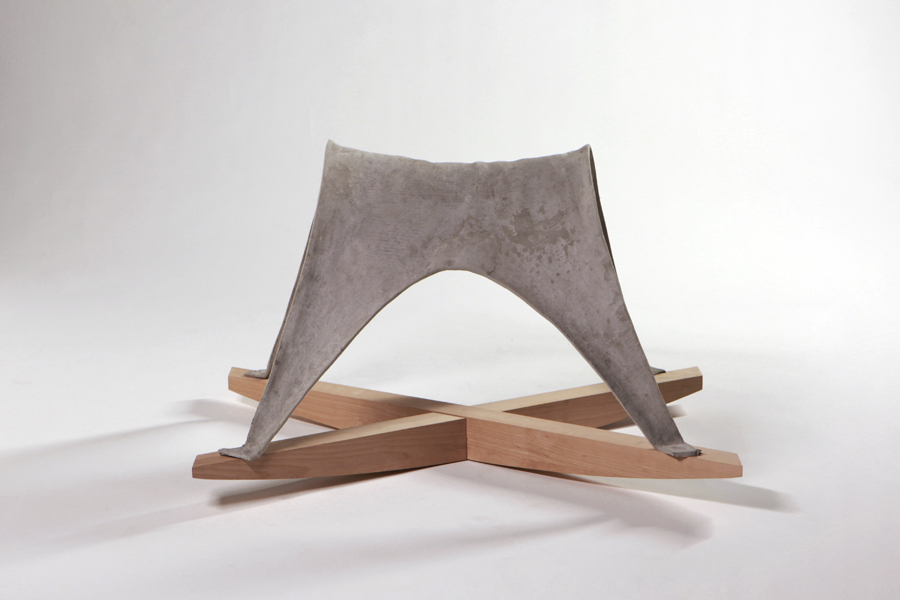 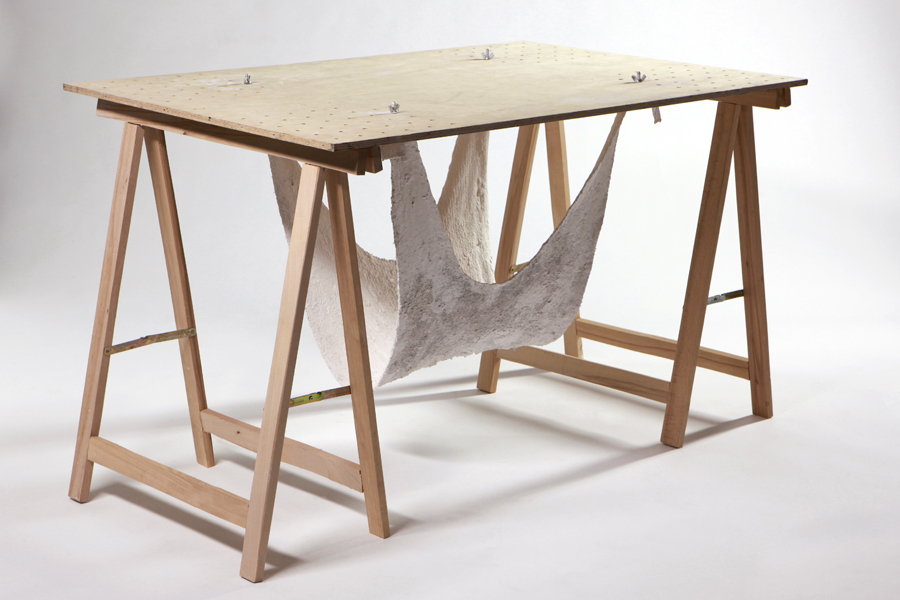 For the stool „Heinz“, the same technique was used that Heinz Isler developed in the 60’s in order to create static qualities. The Swiss engineer produced nearly perfect models of shell structures by hanging wet or in resin saturated cloth on their ends and let them solidify. For the production of the stool made out of moist fiber cement, the shape is cut out of an eternit platter and hung up on four points. These points will later be the stool’s feet. Just gravity forms the plane into a stool. As soon as the cement is dried, the stool can be turned around and put up on its feet. The exact shape of the final object is influenced by both cutting of the eternit platter and the positioning of the future feet. Wooden skids, that let it stand freely or turn it into a rocking chair, complete “Heinz” formally as well as statically.