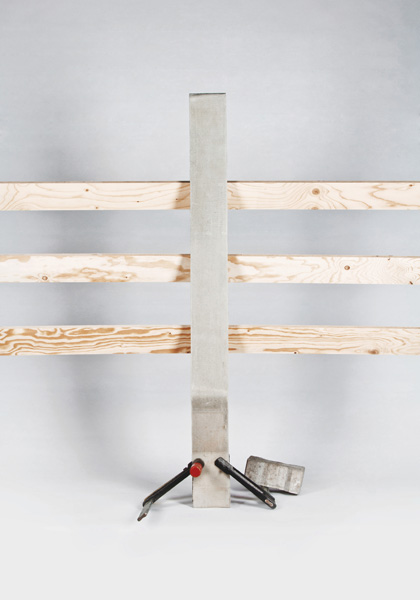 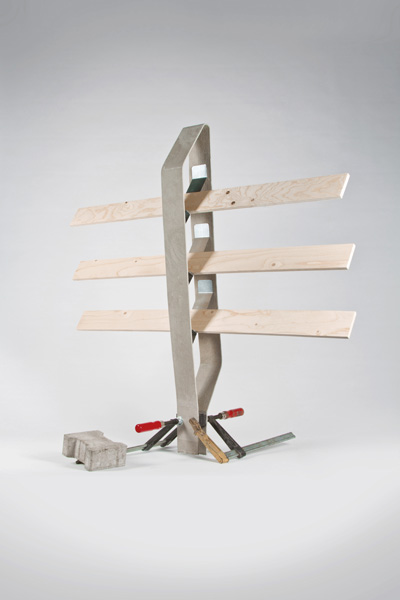 The fence, as an space-parting element, seems in its forming mostly repulsing, which disregards some partial aspects of its function though: The inner part of a fence has the same impression as the outer one, although it is not directed to the intruder, but to the inhabitant. The fencing post “sieben°” designed for the production combines two characteristics in one shape, as it leans towards the outside-standing and away from the inside-standing. Thereby the fence is granted and offensive as well as a defensive moment in order to reveal the architectural ambivalence of the medium.