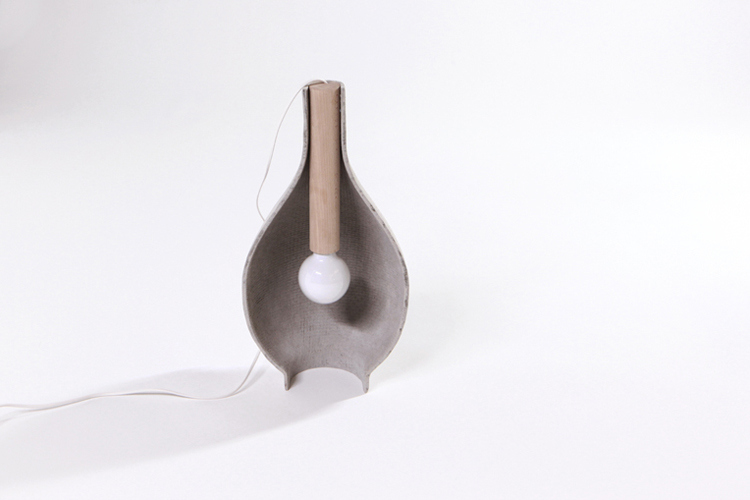 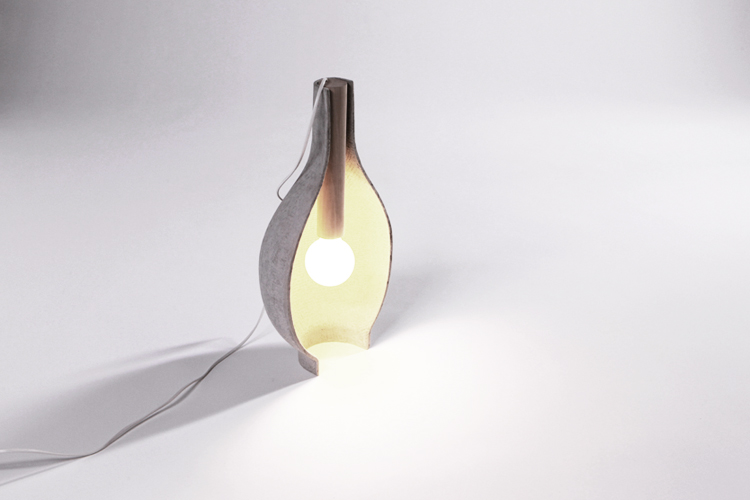 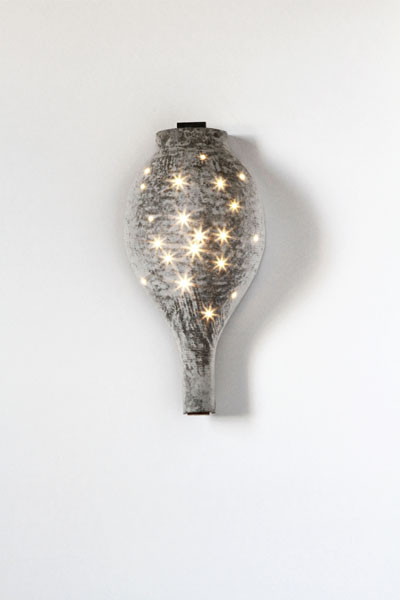 Halbe Wasserleuchte / Halbe Sternenleuchte
The design of both lamps is based on a shape, that forms an imitation of traditional Chinese lanterns. Through the possibility of three-dimensional deformation that lies in the material, the basic idea for a lampshade that is arranged with LEDs came up. The first idea resulted in a lamp that reminds one of a star-littered sky. From this first lamp derived a second, open shade, that shows similarities to a water ladle but instead of transporting water, it scoops light.