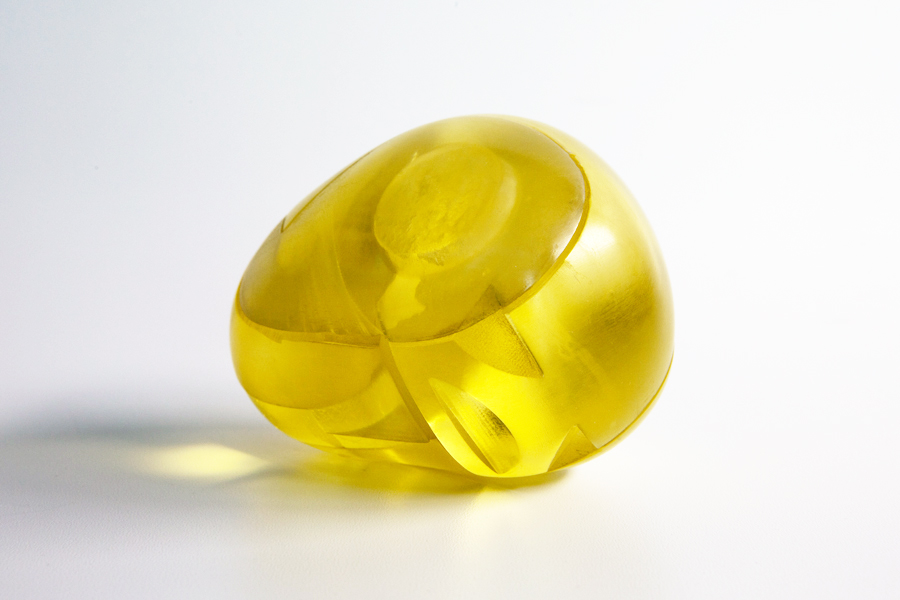 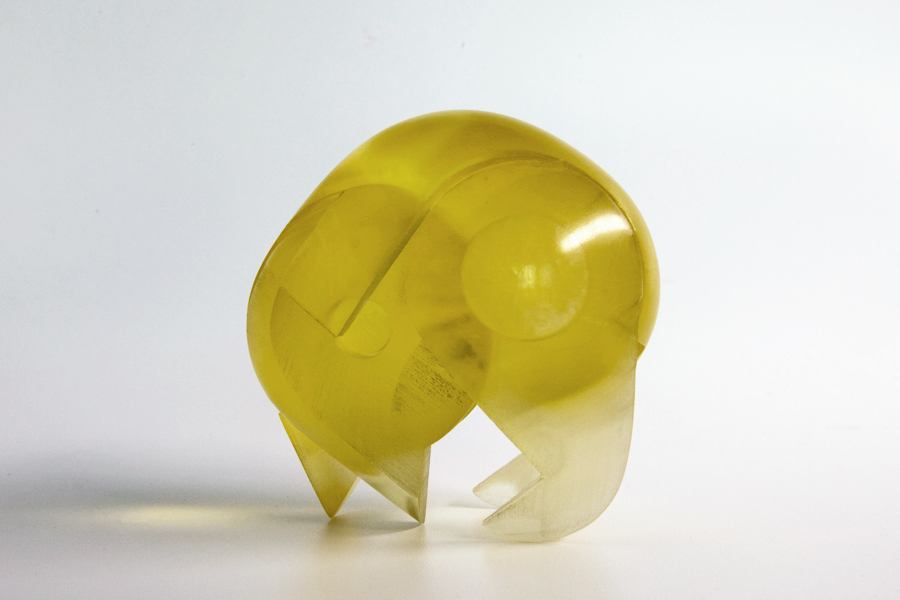 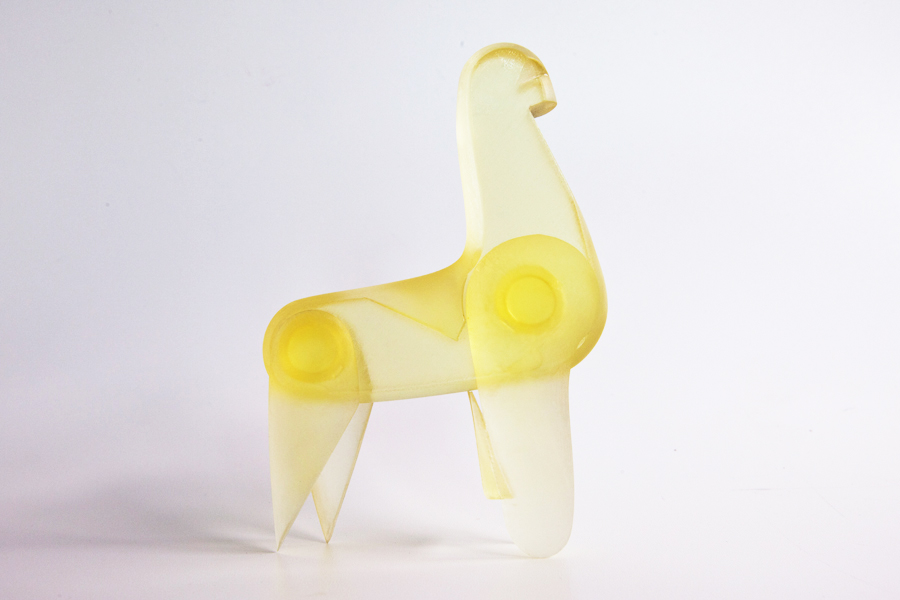 At the beginning of the project I was asking myself: what used to bother me with toys when I was young? The answer is: Usually they were too static, edgy and overloaded with details.
I wanted a toy, which is simple and leaves kids room for imagination. At first I found this thought to be most realizable in simple wooden toys. But the organic material would not be the kid’s first choice; it’s mostly the parent’s decision that puts the wooden toy in the playroom.
I wanted to encounter the positive sides of wooden toys with the material plastic.
The design of this toy is based on an organic shape that feels like a smooth rock out of a lake.
By making some body parts fold out, I want to encourage the child’s imagination to think of the object as an animal. As a result, the well-rounded rock shape becomes a “shape shifter”.
The transparent material enables interesting light situations within the object.
Depending on the source of light, for example, daylight, artificial light, or even candlelight, the objects allure changes accordingly.