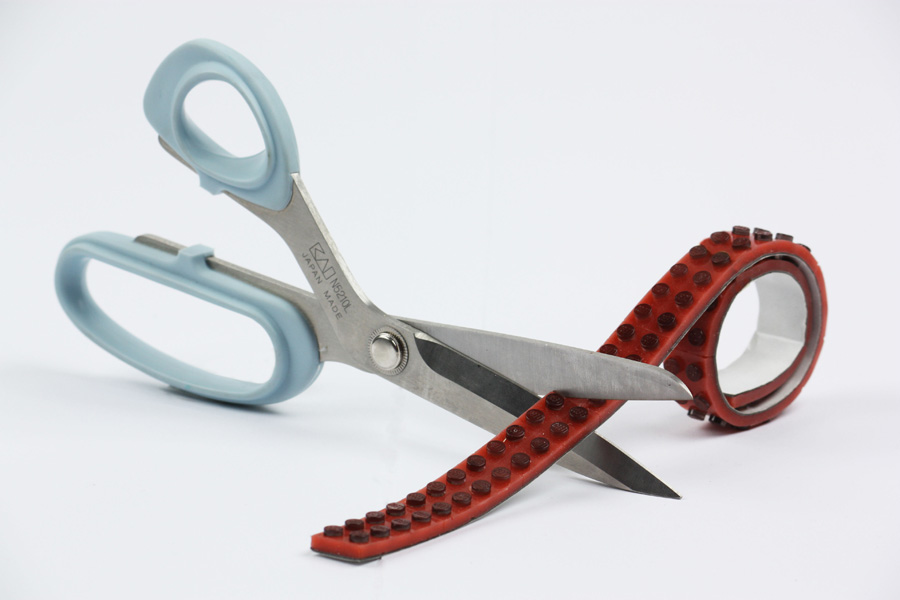 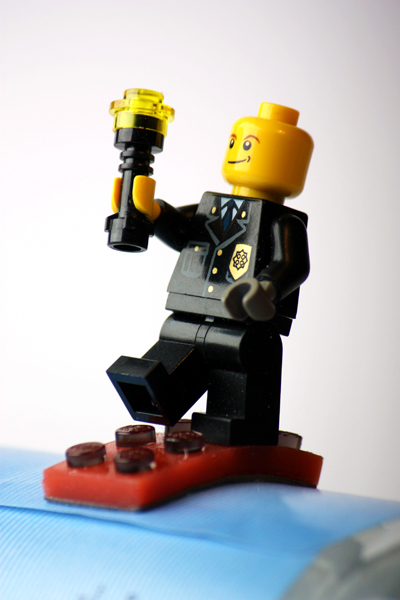 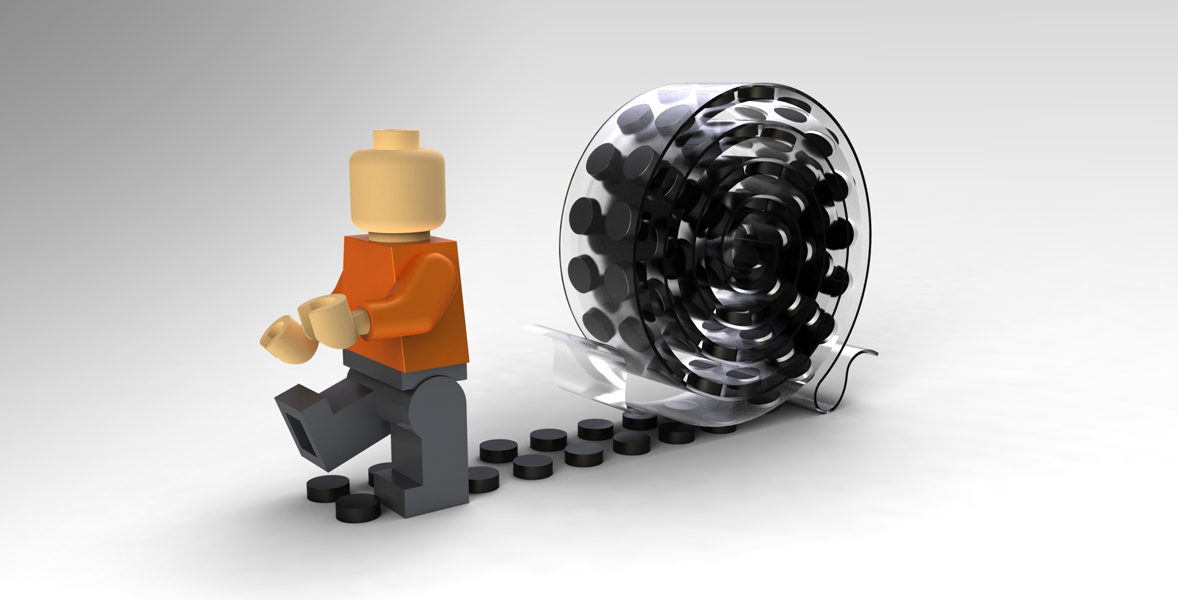 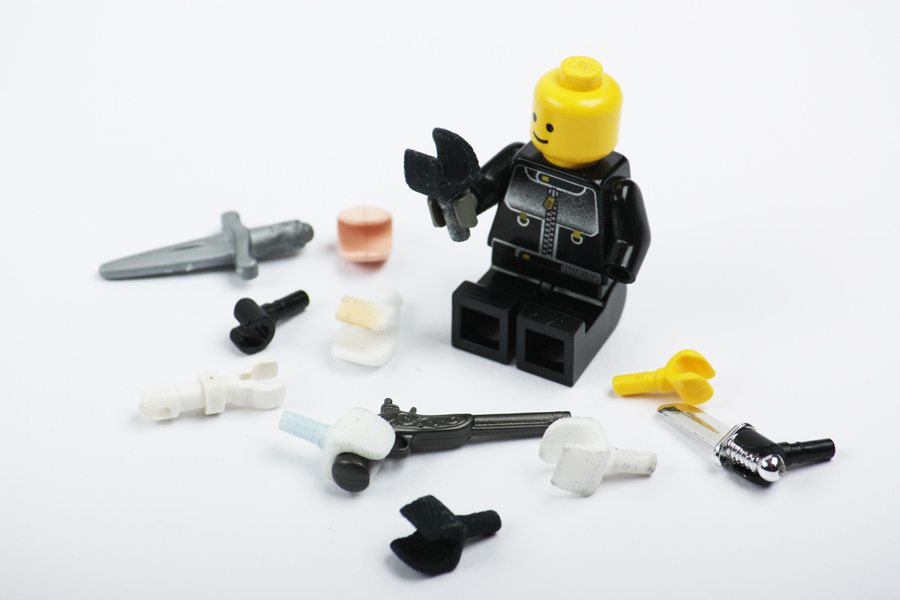 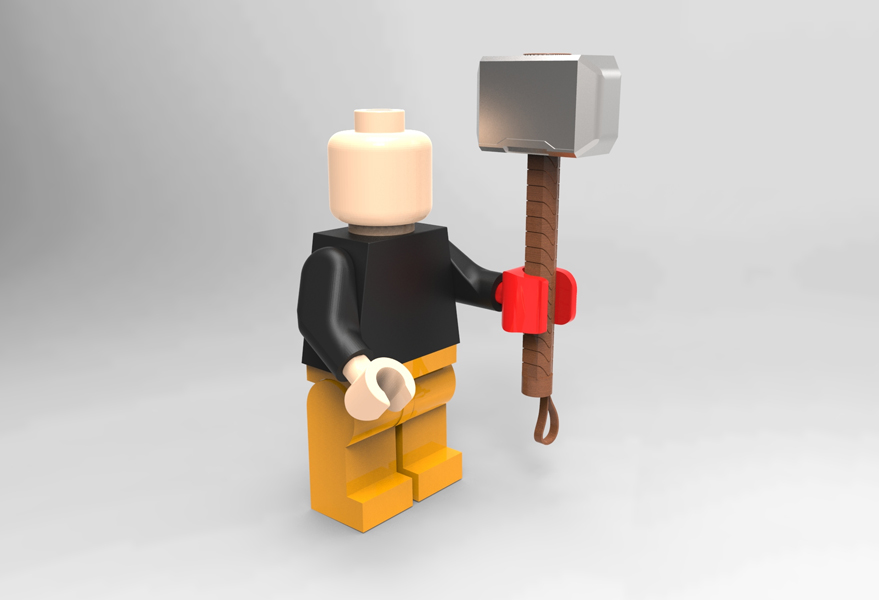 A vast part of consumer toys are produces by big companies like Mattel (Hotwheels, Barbie), Hasbro (Monopoly, Nerf), Lego and Playmobil. Often their locking mechanisms aren’t interchangeable. I came up with two products that make it possible to use Lego with other systems that aren’t from the Lego family.

I created a tape band that has knobs on its surface, so that the typical Lego feet can stand on them. The world your little toys can walk on would drastically expand.
A pirate ship that’s produced by another company can be inhabited by Lego blocks, so don’t wonder when your kids Legos start climbing up your fridge!

A different approach was used with the Lego hands. My wish was to use the much bigger Playmobil tools, for example a sword, axe or shovel, with the normal Lego characters.
The solution was to make a hand that fits the Lego arms and is big enough to hold a Playmobil tool.