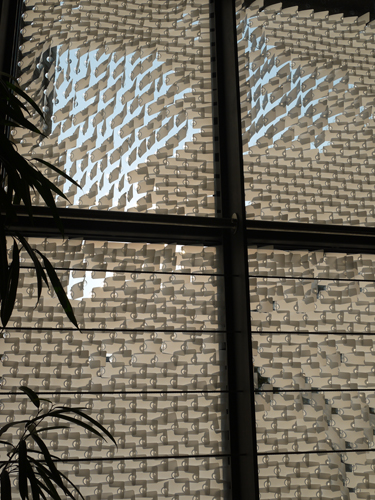 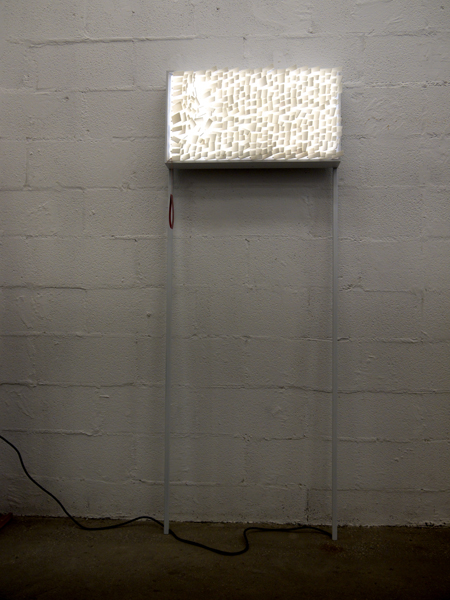 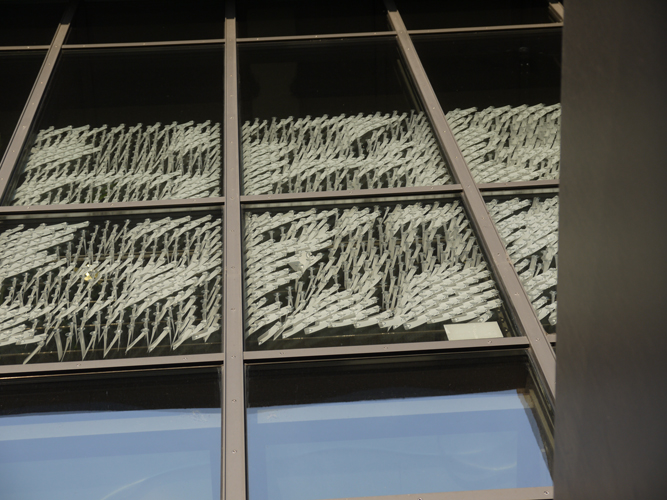 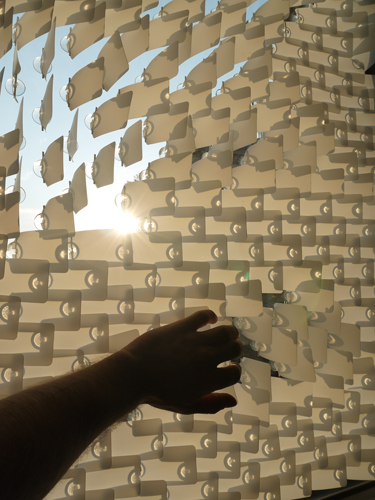 The ‚foreign Kreis‘ was inspired by cornfields that are hit by wind. It plays with the multiplication
of single elements and the new structure that appears when they are put together.You can not only look at this effect but feel and change it with a handswipe.During the workshop the idea translated into a lamp that leans against the wall and ismore of an object than a functional lamp.

Matthias and I will keep on developing the idea towards a more architectural approach
for example on windows. This could be achieved by making standalone panels that stick
to the window through a suction cup.

Another step is figuring out a more rational way of manufacturing (injection moulding).