THE LIVING STRUCTURE: Sculpture or furniture 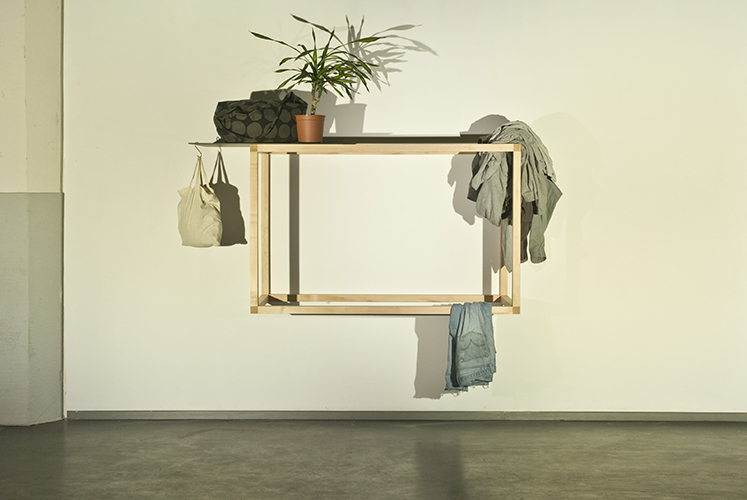 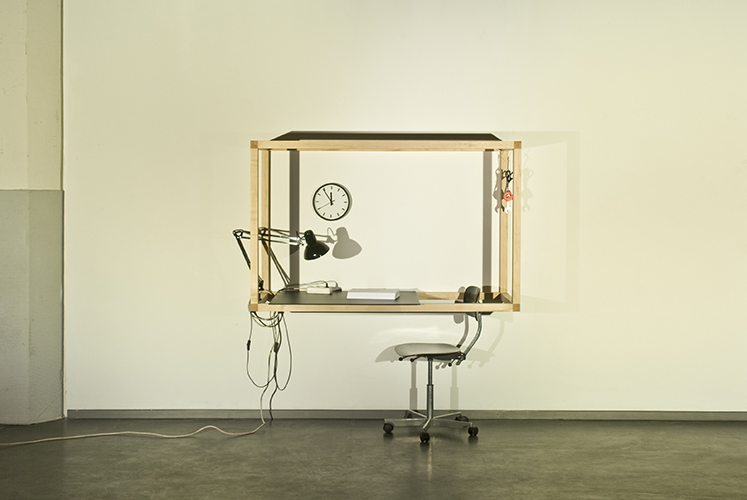 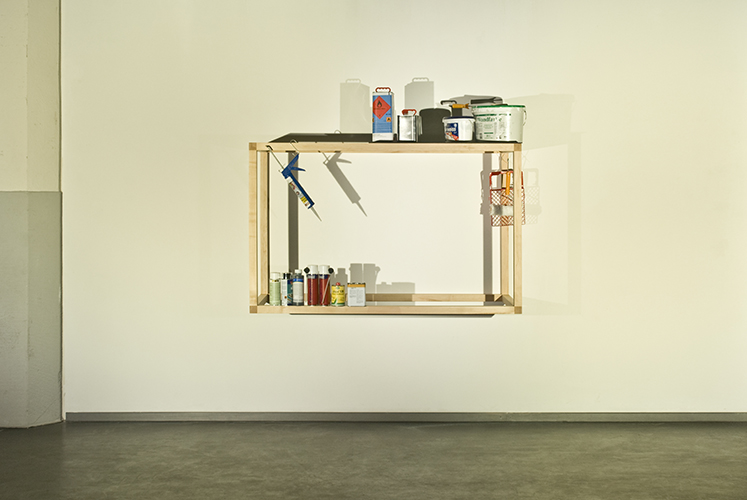 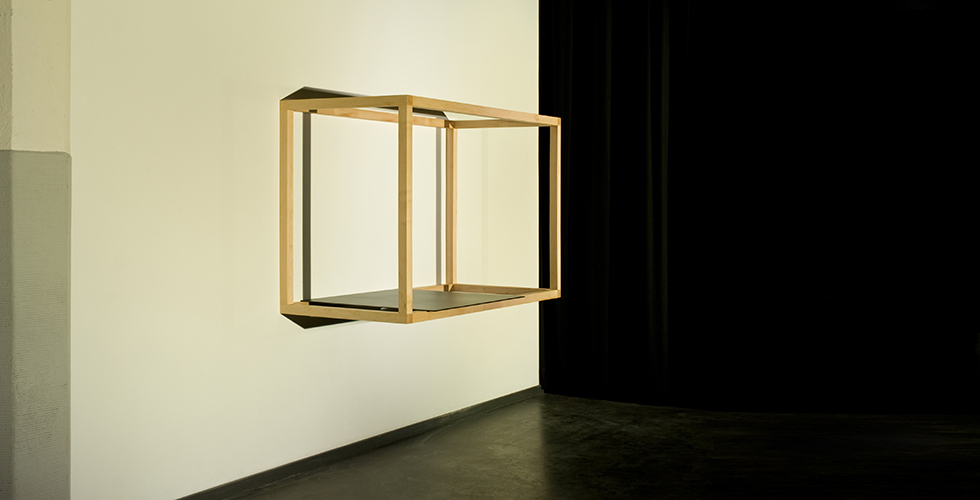 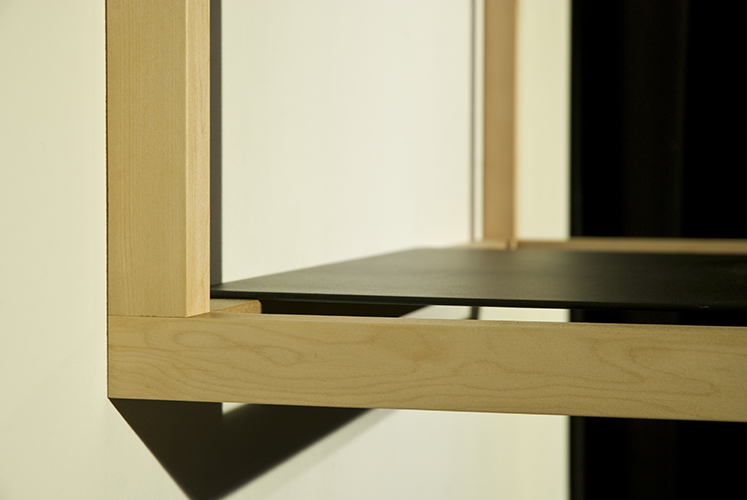 What is our relationship to objects (as furniture) in space? Thoughts on „The Living Structure“
The organisation and positioning of self, which our social environment demands from us every day as avtive human beings is expressed in „The Living Structure“ in a model-like as well as concretely spatial way: Shifting between a sculptural object and a piece of furniture, shown design of a table and a chair shows and reifies how social interaction in space can develop, and how it depends on a conscious decision for or against it.
The geometrical shaping of the design sketches the schematic structure of a table in such a high degree of abstraction that it is almost reduced to an idea; this is presented to the viewer as a possibility. The object can either be placed on the floor or mounted to a wall, can exist visually as a sculpture or be utilised phy- sically as furniture: By adding two sheets of metal the rectangular wooden structure becomes a functional table.
This furniture concept inscribes space and describes space in a model-like way as a place defined by re- ciprocal interaction between object and subject, between a decision for pure aesthetics or functional use. Shown object requires that their viewer, who may become a user, positions him or herself regarding the structure within, and extending from a given space. It gives the viewer the option of disregarding function, or defining a product that does not force its own use, but enables utilisation.