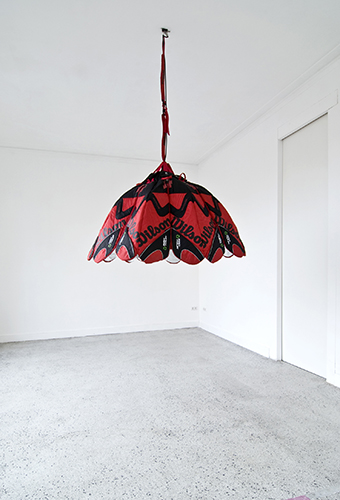 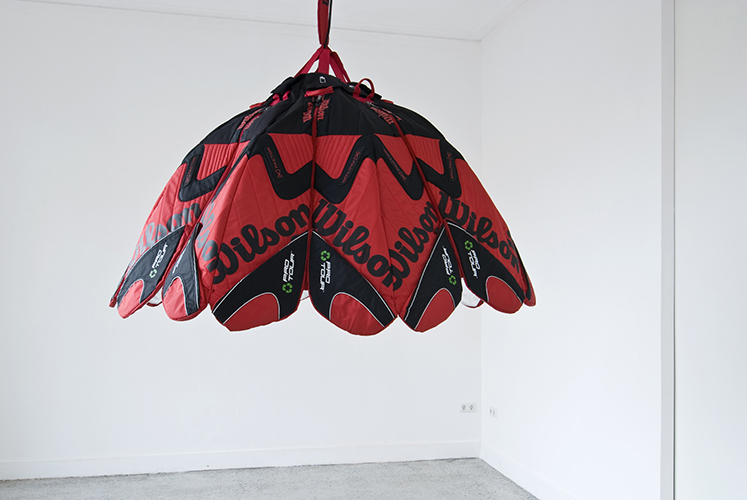 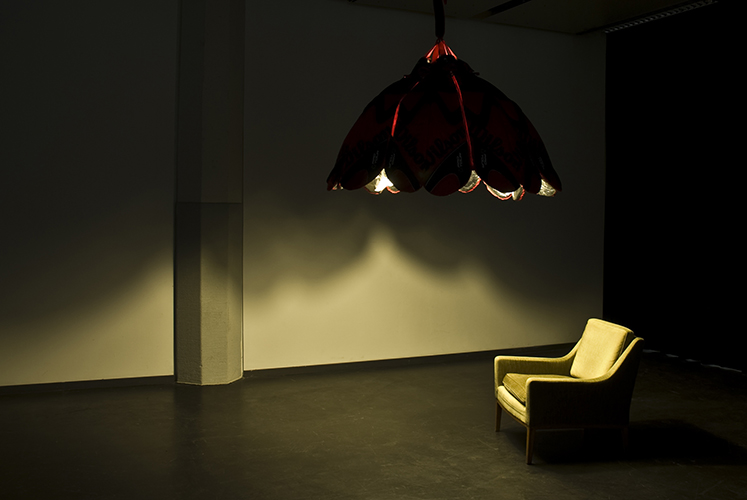 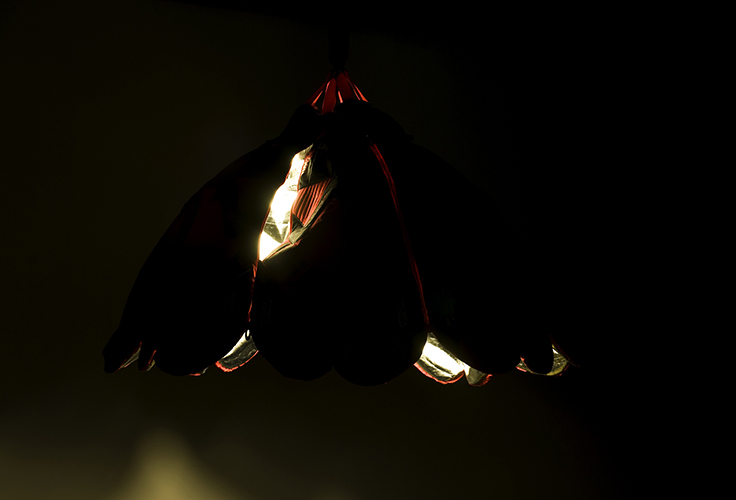 „Redblack“ is a lamp which consists of four tennis racket bags that were stitched together: it is an every- day object that was formed out of recycled consumer goods and thus making conversion and the ability for a differentiated use subject of its form. David Hanauers concept is influenced by works of the artist Brian Jungen, whose objects and sculptures are mostly formed out of everyday objects. It‘s the observation of the fine line between art, product design and consumer behaviour that the designer puts up for negotiation.
The black logo of the sports equipment manufacturer Wilson, whose bags are used by Hanauer, as well
as the black and red surfaces that define the outside of the racket bag model, generate a steady pattern through repetition and form the lampshade. The pattern encompasses the surfaces of the lampshade and gives it a structure of its own. The inside of the bags and therefore the inside of the lampshade is lined with a foil, which reflects the light on the inside of the lampshade and emits it via a downwards light cone into the environment.
The outer as well as the inner surface with their technoid character oppose the almost organically evolved form of the lampshade, which by its volume can – depending on the positioning in a room – enfold the head or the upper body of a human being and isolating it. The dimension of the lamp in relation to its user and the surrounding room almost lets the lamp seem like an object. An object in fact, that enforces its own demarcation by its straightforwardness.