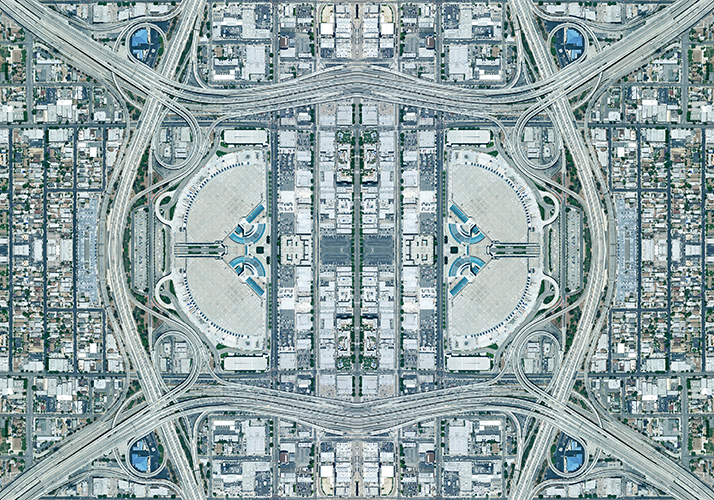 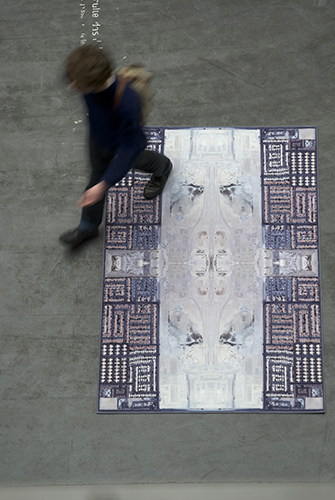 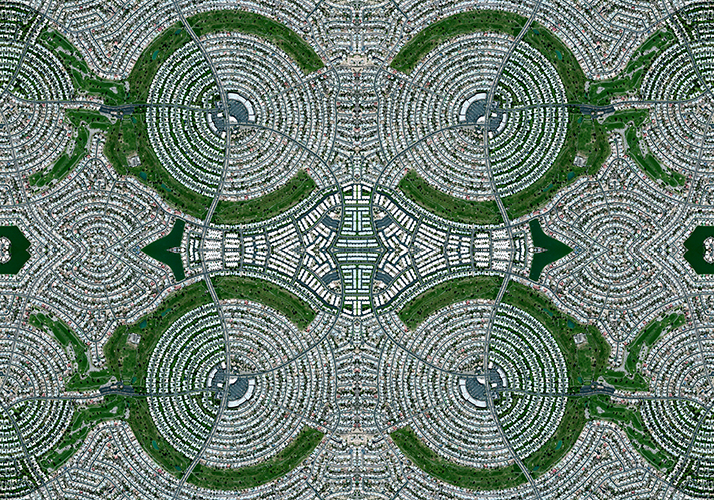 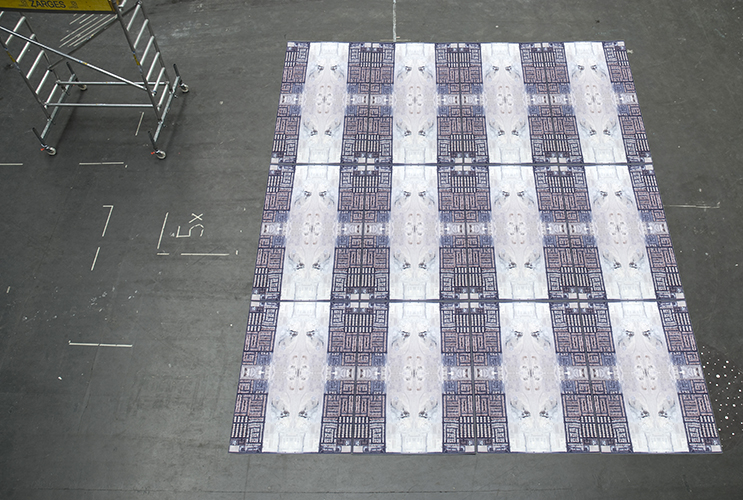 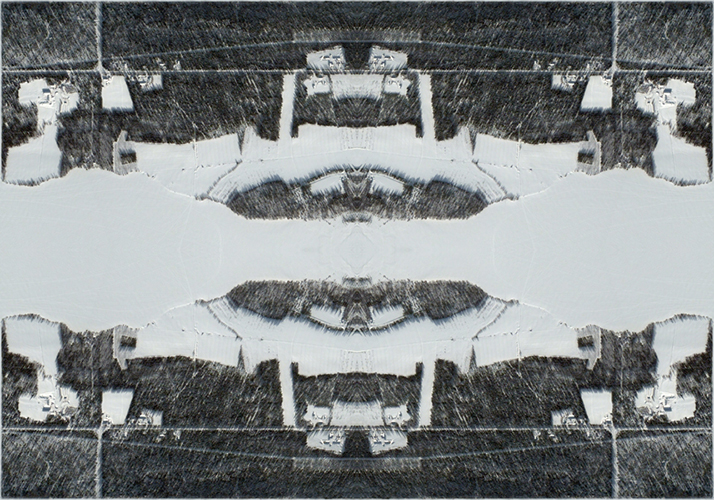 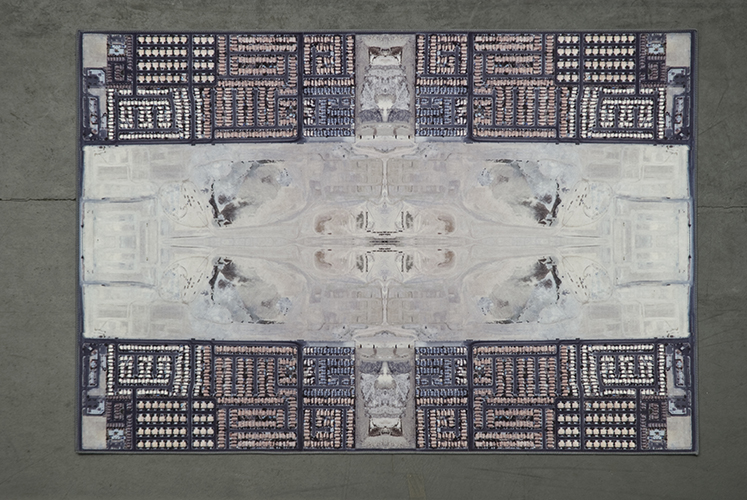 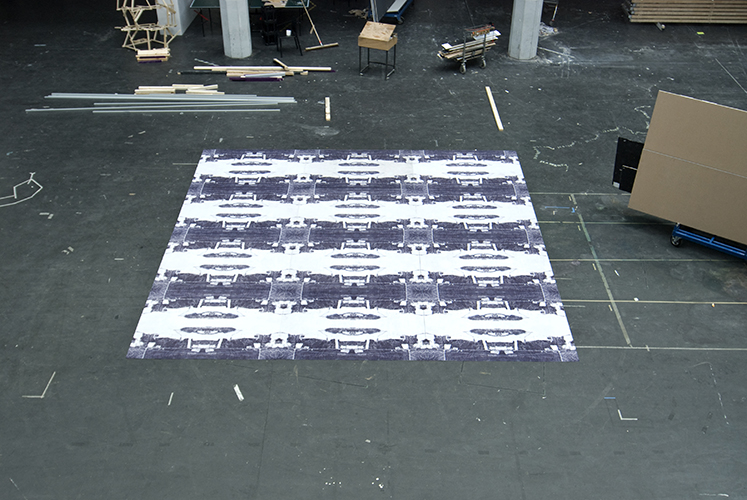 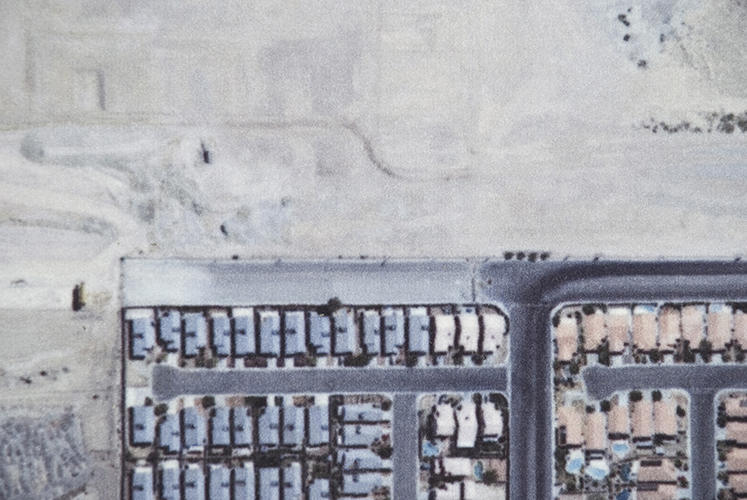 For the design of his project „Worldwide Carpets“, David Hanauer refers to aerial photographs as they are presented by the software program Google Earth on the internet. From the abundance of pictures which virtually depict the globe and trace entire city structures in detail, the designer mainly picks views from American cities like Las Vegas or Los Angeles for his project, as their structures already follow a composed pattern. Having decided upon a view that has been freed from context but is coherent in its depiction, the designer determines not only the aerial view upon a place but also the viewer‘s position within a framework stipulated by the designer. As different levels of pattern appear – depending on the viewers point of view – the once chosen structure dissolves towards a disruption of its context and transfers the original photograph into a pattern.

David Hanauer takes up the ornament structures of Persian carpets for the composition of his patterns, while referring to recurring motives and patterns. Symmetry can be found in the mirroring of the chosen image detail as well as in the conception of the depicted cities, which is based on repetition and variation.
The different scaled and imprinted carpets can be used individually or serially as floor covering. The designer documents the specific forms of existing city planning with the bird‘s eye view. Based on the generated vocabulary of forms, while also modifying the template, David Hanauer ties on the traditional ways of figurative story telling with the carpet being the image carrier. „Worldwide Carpets“ are not only everyday objects: they do as well report about the contemporary human being who is using the carpet.