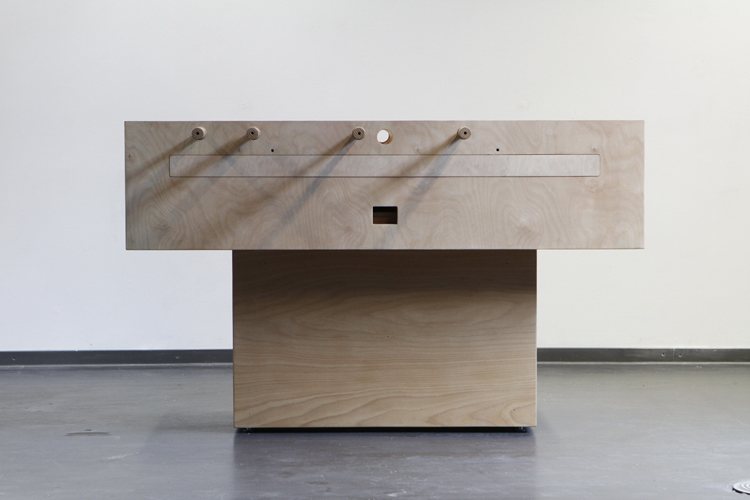 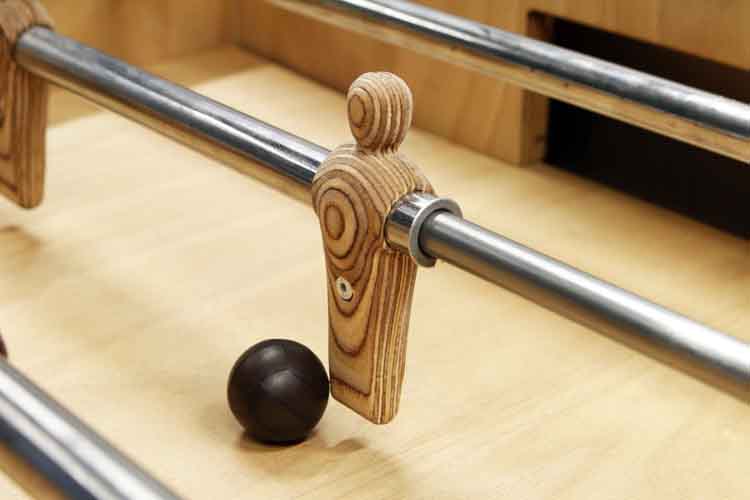 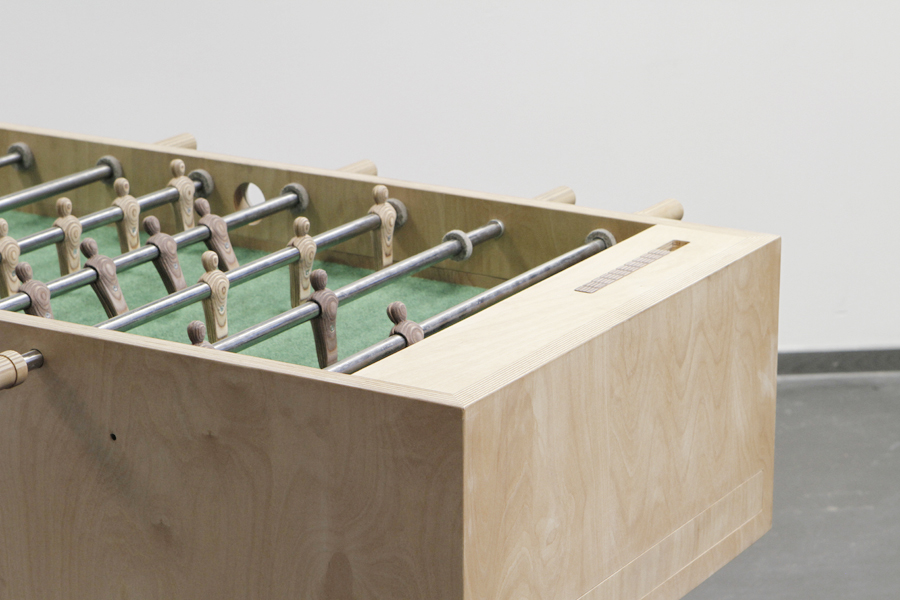 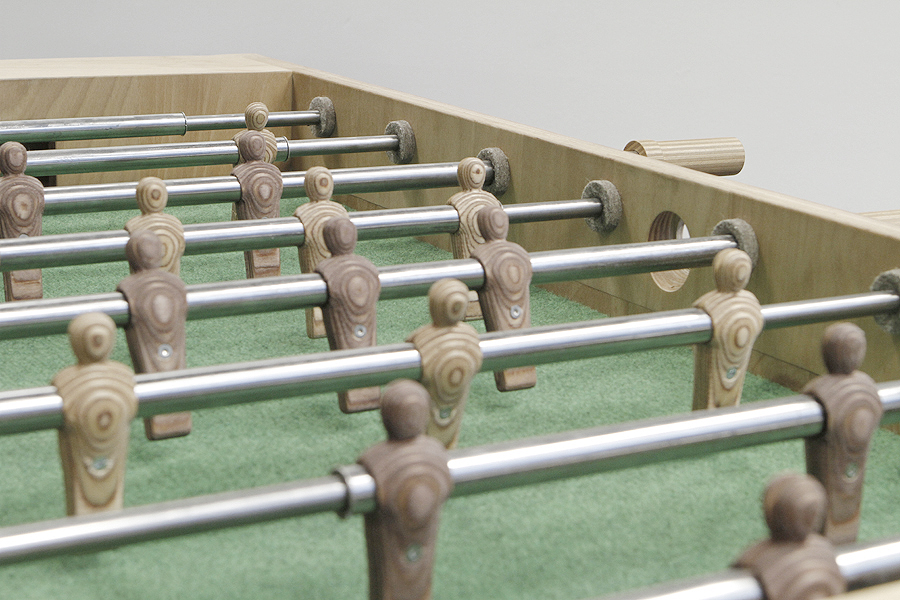 The table football, existing since the 1920s, is an adaption of the famous team sport, which is played on real grass and with living players. In dependence on the table football’s origin, this project’s attempt was to approximate the game to its original. Table footballs often seem cheaply produced and are supposed to be a children’s toy, which is underlined by bright colours. Since that does not cope with the ambitions and passion many players step to the table with, San Zero has a calm silhouette. It is an expression of the puristic aspects of football. In addition, more variables were to be brought to San Zero, which have a big impact on the playing characteristics and can be decisive for the outcome of a match in real football as well. For this purpose it is possible to play on a plain surface as well as on artificial turf on San Zero. Also the players are exchangeable: players with other features, such as bigger or weaker feet. Furthermore balls made of various materials are enclosed (plastic, cork, leather).